Good ice cream is hard to come about. Like really good, smooth ice cream with impeccable taste. Where you can actually taste the vanilla and see the dark little freckles. Where you get high on taste, not sugar.
In New York’s Lower East Side, you can find such great ice cream, and have been able to for quite some time now. And it’s factory too. In 2002, Jon Snyder opened up Il Laboratoria del Gelato – his second ice cream stint in the city. The first one was in the mid-Eighties called Ciao Bella Gelato Company. 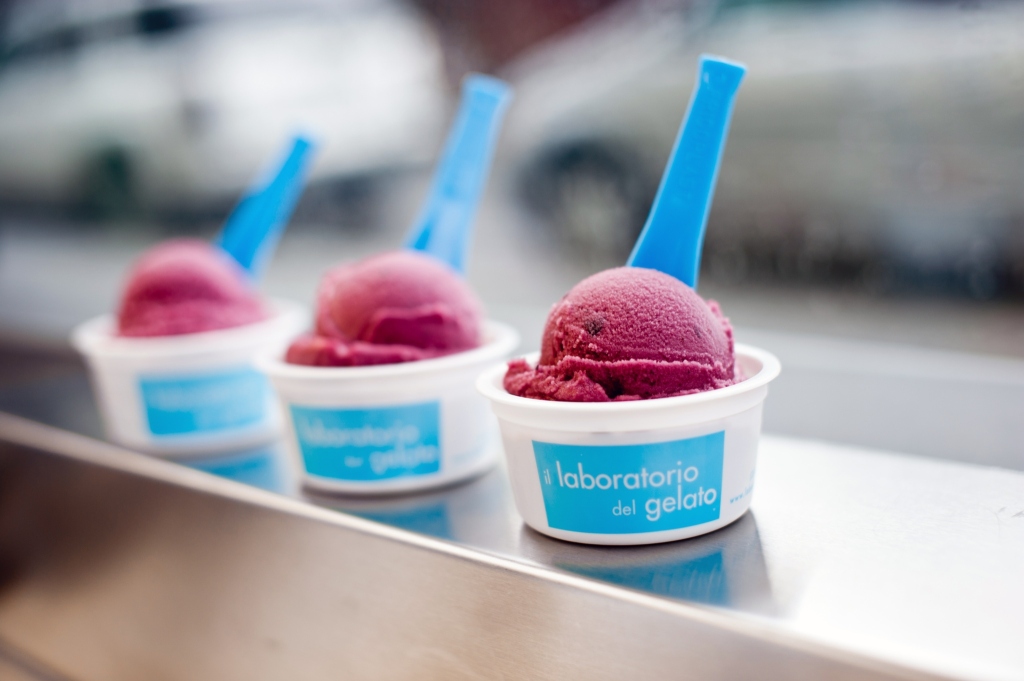 Il Laboratorio was started with the wish of being just that, a laboratory, where chefs and the likes thereof were incouraged come together and create unique flavors for their own restaurants etc.’s menus. And with this, push the boundries of ice cream flavors, forcing people to expand their taste horizon, still respecting the heritage that is italian artisanal gelato making.
The lab, set up as a custom kitchen, also has a store front for regular people to come in and taste some of that week’s specialities. And don’t worry, you can taste before you buy an entire scoop of e.g. Tarragon Pink Peppercorn.